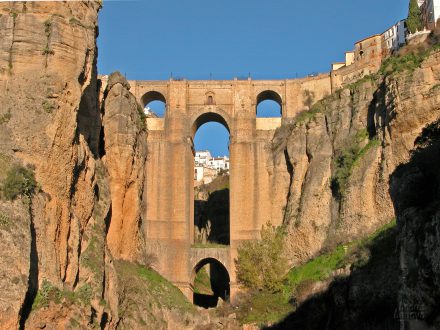 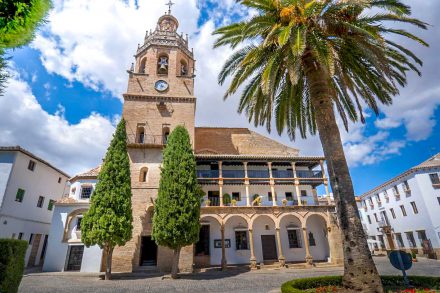 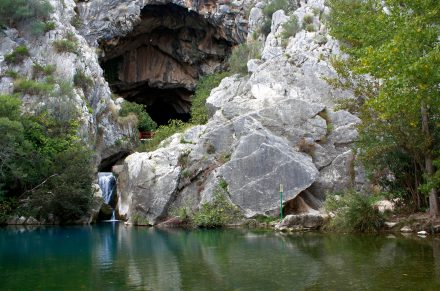 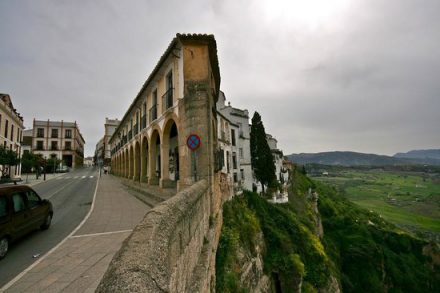 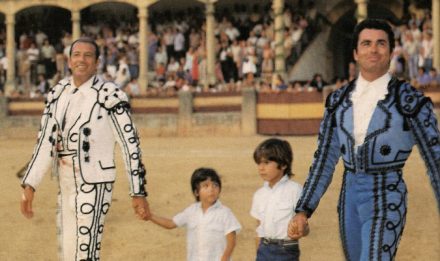 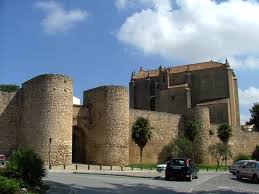 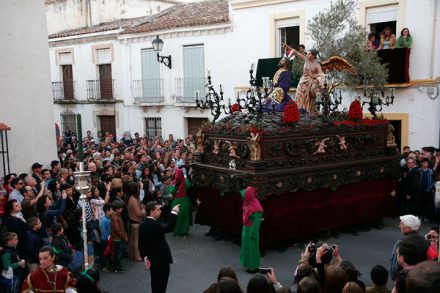 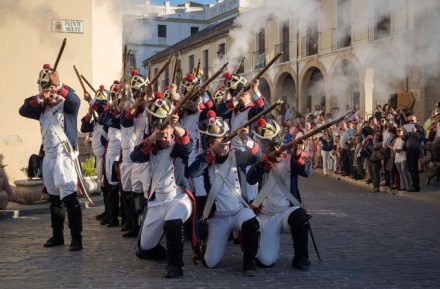 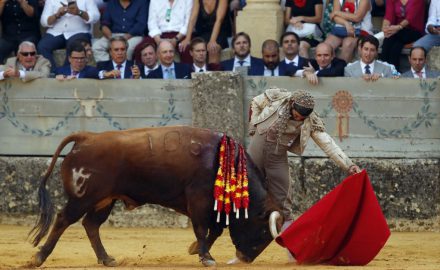 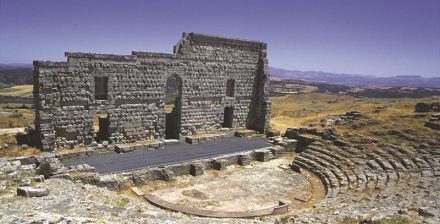 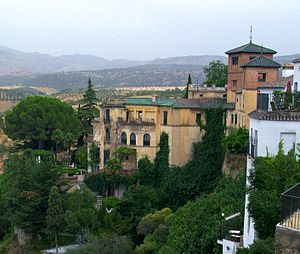 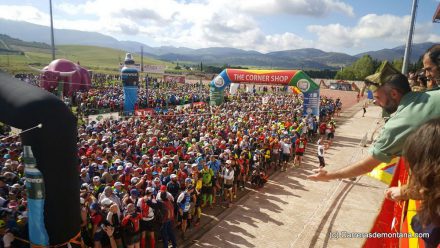 Ronda is a Spanish municipality belonging to the autonomous community of Andalusia, located in the northwest of the province of Malaga, about 100 kilometers from the city of Malaga. It is the head of the homonymous judicial district and the capital of the region of the Serranía de Ronda. In 2017 it had 34 268 inhabitants, which make it the second most populated municipality in the interior of the province after Antequera. Its municipal term extends on a plateau known as the Rondapor depression in the mountains that surround it. It has an area of ​​397.62 km² and a population density of 86.18 hab / km². Ronda has its origin in the Roman Arunda that would be built from existing Iberian settlements. The Visigoths continued until the arrival of the Muslims, who consolidated their role as county seat and its urban entity. Its location facilitated the defense of the city and put it in a strategic situation to master the steps and roads to Baja Andalucía. This and the availability of land suitable for agriculture finally gave it a remarkable historical importance. The city sits on a plateau cut by a deep cut excavated by the Guadalevín River, to which the buildings of its historical center appear, which confers the city is a picturesque panorama that, together with the variety of monuments it has, its natural environment and its proximity to the great mass tourism centers of the Costa del Sol, has made Ronda a remarkable tourist center. The cornice of the pit and the bridge that saves it are the quintessential image of the city.